We go right to the ring and out first comes SmackDown Women’s Champion Sasha Banks to a pop. Banks poses on the apron with the title as pyro explodes. Cole sends us to a video package on recent happenings between Banks and Bayley. Kayla Braxton is backstage with Bayley now, asking about the video package she just watched. Bayley goes on and says the video left out the biggest part of Banks’ career – that she always loses her titles. Bayley says she hopes Banks enjoyed her 13 day title reign because tonight she will take back what is hers, and their rivalry will end the same way it started – with Banks crippled in the ring by her own failure. Bayley laughs and heads to the ring.

The music hits and Banks watches from the ring as Bayley marches out. She stops on the stage and the pyro goes off. We get formal ring introductions from Greg Hamilton. The bell rings and they lock up, tangling and going to the corner. The referee counts to force them both to break. They trade some aggressive strikes. Banks with a big arm drag after coming off the top. Banks ends up going for an early pin attempt but Bayley immediately kicks out. More back and forth on their feet. Bayley takes Banks down for a 1 count. They tangle some more and Bayley avoids the Bank Statement, getting to the bottom rope. Bayley retreats to the floor for a breather as Banks taunts her from the ring. We go to commercial.

Back from the break and they’re going at it. Bayley with a baseball slide but Banks comes back in. Banks runs the ropes and ends up dropping Bayley face-first into the apron by pulling her leg out. Banks with a kick to the face. Banks with running knees in the corner, launching herself in from the apron, for a 2 count. Banks runs the apron now, sending Bayley back into the steel ring post. Banks charges on the ring apron but Bayley sends her flying high in the air, and back down face-first into the apron.

Bayley brings Banks back in for a close 2 count. Bayley dominates now as fans boo her. Bayley stomps in the corner and catapults her into the bottom rope. Banks kicks out at 2 and shows some frustration now. Bayley grounds Banks with a submission now. Banks tries to capitalize after a counter. She drops Bayley in the corner and hits the running double knees for a close 2 count. Bayley counters once again and clotheslines Banks in the corner for another pin attempt. Bayley takes Banks to the top but Banks fights back. Banks with a top rope Meteora. They both land hard and the referee checks on them while they’re laid out. More back and forth now. Banks ends up hitting a big crossbody to the floor and they both hit the barrier, and are laid out as we go back to commercial.

Back from the break and Bayley is down in the corner while Banks is sitting up on the second rope. Bayley buys herself some time and avoids Banks. She looks for a superplex attempt but they both end up on the floor now. Bayley launches Banks face-first into the announce table. Bayley goes to the top for the big flying elbow but Banks runs back in and takes Bayley down from the top. Banks with a big knee to the face and more offense. Bayley is hanging off the apron now, half of her body leaning towards the floor. Banks runs and leaps off the steel ring steps, dropping an elbow over Bayley’s neck that’s hanging off the apron. Banks brings it back in and hits the big Frogsplash but Bayley kicks out at 2. Banks can’t believe it.

More back and forth now. Bayley avoids the Bank Statement and Banks avoids the Bayley-to-Belly. Bayley ends up fighting the submission off again, kicking Banks back into the barrier. Banks goes down at ringside against the barrier. Bayley brings Banks back in the ring but stops and slides a kendo stick in. The referee immediately grabs it and throws it out. The referee is distracted by giving the kendo stick to the timekeeper. Bayley tries to capitalize by bringing a steel chair in but Banks cuts her off and sends the chair out. Bayley still gets the upperhand and hits the Bayley-to-Belly suplex for a close 2 count.

Banks is still laid out but Bayley drags her over and goes to the top. Bayley nails the flying elbow drop but Banks kicks out once again as fans cheer the champion on. Bayley is frustrated. They tangle and Banks has the Backstabber fought off again. Banks runs into a boot in the corner. They tangle and a running knee drops Banks. Bayley with a back suplex for another close 2 count. Bayley shows more frustration and has words for the referee as fans boo her.

Bayley goes right into Banks’ own Bank Statement on her in the middle of the ring. Banks gets the bottom rope to break it. Banks turns that into a 2 count. They get up on the apron. Bayley charges but Banks moves and Bayley hits the ring post shoulder-first and goes down. Banks kicks Bayley in the face. Banks with a Backstabber into the Bank Statement in the middle of the ring now. Bayley taps out and Banks retains.

– After the match, the music hits as Banks takes her title and stands tall, raising it in the air. We go to replays. Banks celebrates and exits with her title in the air, taunting Bayley who is still in the ring. Banks suddenly turns around on the stage and is dropped by a superkick from Carmella. Fans immediately start booing her. Carmella capitalizes while Banks is down and the boos get louder. Carmella fixes her hair and makeup, and stands tall over Banks before heading to the back. 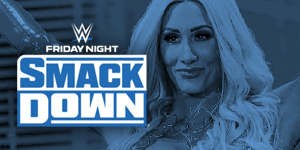 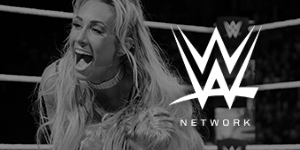 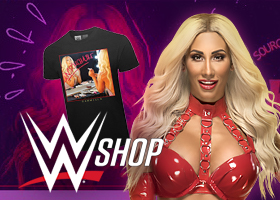 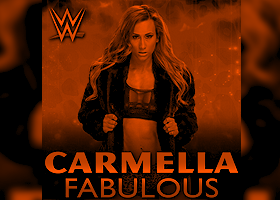